A typical example of the Dutch “polder model” is the Dismissal Law (Wet Werk en Zekerheid) of 2015. This law aimed to adapt the employment law to the changed circumstances in society. Due to the “poldering” however, several mechanisms laid down in this law do not function properly. Further changes therefore are being prepared. If you are going to work in the Netherlands or if you are going to recruit people as an employer, you will face – amongst others – the following questions:

In practice, many self-employed persons (“freelancers”) are not considered as an entrepreneur for the income tax by the Tax authorities. This results in the relationship between client and contractor being qualified as employment relationship, which leads to payroll taxes imposed on to the client – who will in that case be qualified as employer.

Each party can in principle terminate the employment contract by giving notice with due observance of the notice period. However, the employer can only terminate the contract when this termination is based on a reasonable ground and reassignment of the employee to a suitable position is not possible. The law provides for an exhaustive summary of reasonable grounds: (a) economic reasons, (b) long-term illness, (c) frequent sick leave, (d) unsatisfactory performance, (e) culpable action, (f) conscientious objection employee to the work, (g) disrupted employment relationship, (h) other circumstances.

In addition to the points above, you of course may have to deal with employment law in many other ways. As the director of a company for example you are in both an employment relation as well as a corporate relation to this company.  This should be taken into account, for instance at the resignation of a statutory director. But also with the sale of your business or in case of the outsourcing of certain business activities employment law comes into play. Based on the Law on the transfer of undertaking (Wet overgang van onderneming) the employees concerned in principle pass over automatically to the buyer or insourcer while maintaining their rights and obligations. 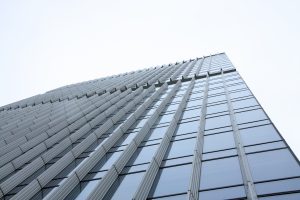